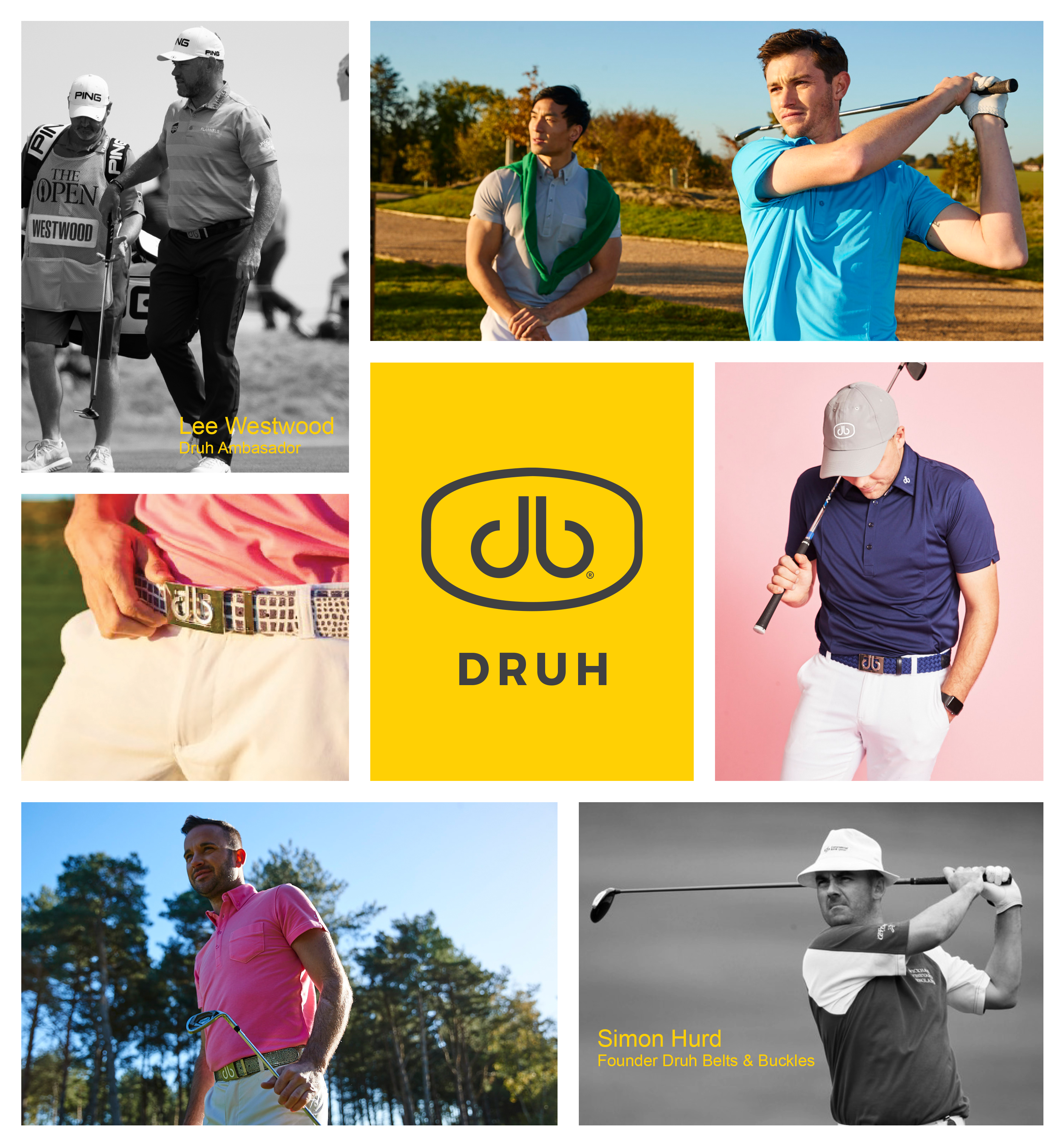 Druh Belts & Buckles is the brainchild of Touring Professional Simon Hurd. The Englishman, known as Hurdy on the European and Asian Tours, was known for the distinctive and colourful pork pie hats he donned on the golf course, but is now better recognised for his distinguished belt range.

“Even as a golf pro, I have always taken an interest in fashion both on and off the golf course, so it seemed a natural progression for me to go into the fashion world,” says Hurdy, a smart dresser with well-tailored attire. “In fact I have been dressed by William Hunt of Savile Row, London, in the past and I soon realised that looking smart means playing smart.”

Druh’s designs in classic black and browns and funky pastels and metallics have fast become the professionals’ style secret, with the likes of Lee Westwood, John Daly, Robert Karlsson, Paul McGinley and Thongchai Jaidee joining 100s of European and Asian Tour players, as well as LPGA and LET players, in choosing Druh belts.

"Golf gear has always been perceived as rather staid and dull so I wanted to have a bit of fun designing belts and buckles that were a little bit funky, yet stylish, and certainly they have been an instant hit with pro golfers all over the world. And now it is the chance for all those amateurs out there to smarten up their golf look with one of my Druh belts!”

Each belt is handmade using the finest in sustainable and natural materials. Leather and snakeskin straps are matched to Druh’s unique range of interchangeable buckles, which gives Druh customers the opportunity to create their own customised belt to look smart on or off the golf course. Visit the Druh belt designer to make yours, or why not take inspiration from one of our many famous fans?

If you would like to know anymore about the Druh range, please get in contact and we’ll do whatever we can to help.